For quite a long time "new" and "modern" were values in and of themselves. Nevertheless many voices did not agree at all with that concept, especially as regards "modern architecture." Prince Charles among many others accused modern architecture of being "all stumps and carbuncles." And it's quite true that the market value of many modern houses is low as buyers are relucutant to invest in building with a questionable esthetic and very high maintenance expenses. But there is nothing new here: a great number of wonderful castles of the 17th and 18th century were destroyed by their owners because the maintenance costs were too high!!. But not to worry, many modern architects have designed masterpieces that will surive the test of time. Try to respond to the following questions and you will begin to have an idea of which ones:

Despite the idea that modern architecture has been based on functionalism (more often than not incorrect idea), as in Otto Wagner's "form follows function," it's always interesting to ask the question: is the design of this building adapted to its function? Ask the opinion of people who live inside. Few poorly adapted buildings will surive. That said, what judgement can we place upon the pyramids of Egypt! 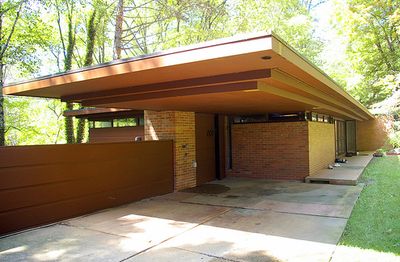 The Goetsch Winkler house: This beautiful house was designed by Frank Lloyd Wright in 1939 for two professors from Michigan Sate University. The irony here is that Lloyd Wright originally conceived the design as a low cost project. However the owners were unable to hold on to their house as the maintenance costs were so exceedingly high!

What about the maintenance and operating costs?

Examples of lack of consideration for maintenance cost:

The Pruitt-Igoe Housing Project (low-income housing project) by Minoru Yamasaki, was hailed for its successful use of the principles of modernism. In 1972, however, the project was demolished due to the high cost of its maintenance. 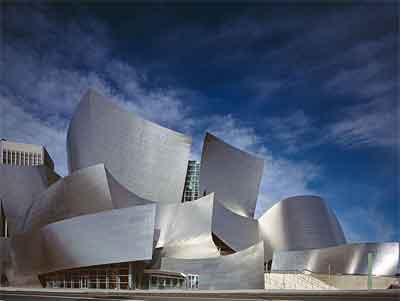 The Walt Disney Concert Hall in Los Angeles designed by Frank Gehry, 2002-2003, has vertically-curved layers of shiny stainless steel sheets at different angles which amplify and reflect abundant California sunlight in all directions, blinding residents and heating up their neighbouring apartments by several degrees. After many complaints, the Los Angeles Philharmonic had to solve the reflection problem by covering up the steel facade with unglamorous matte cloth. Had Gehry taken into consideration the impact of the building on its surroundings, he would not have used mirror-like panels in the first place. It seems Gehry did not learn his lesson, as his subsequent work on the Stata Center exemplifies. Source: Business Standard June 25, 2008

The Georges-Pompidou Center in Paris was designed by the world famous architect Renzo Piano in the 70's. The defining concept was to turn the structure inside out such that it's functionalism could be seen from the outside (pipes, vents, etc.) and its interior space would not be limited or compromised. However, fifteen years after its completion the building had to be renovated due to its inappropriate design at a cost close to the cost of the initial construction!

Will the esthetic and social concern upon which the design was based become a classic or just the debilitated witness of a temporary trend? 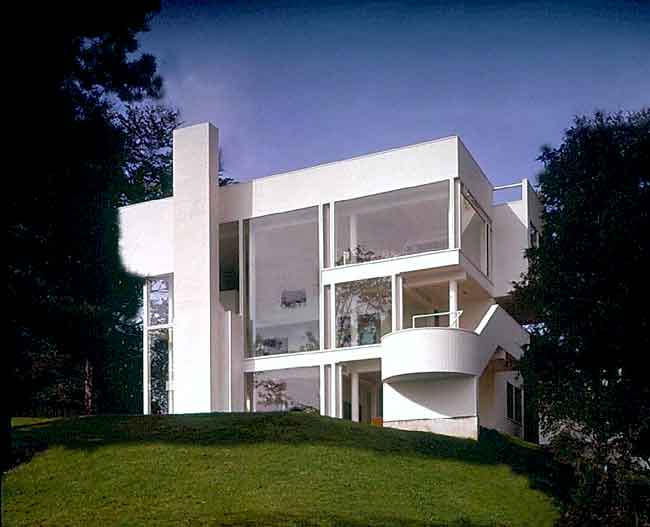