Knocking at the Door

Sophisticated door knockers became a door's chief feature in the XVI century in Europe. They were designed and made by the best crafts men to bring attention to entranceways and to be an indication of what lay behind. The door not only was a barrier to the home, a physical transition point separating the interior from the exterior, but a visual symbol of identity and a sign of welcome. 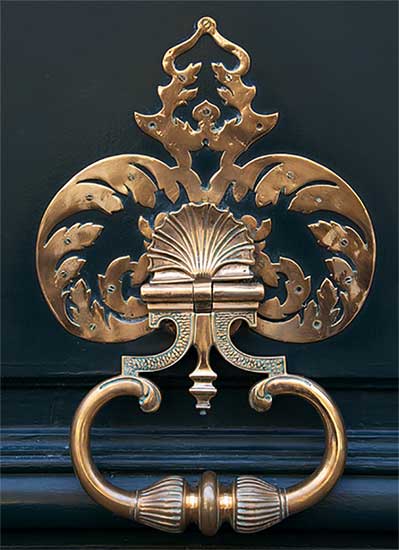 As decorative objects door knockers are often divided into three categories: rings, hammers and human figures. But as you can see these different shapes are not exclusive. 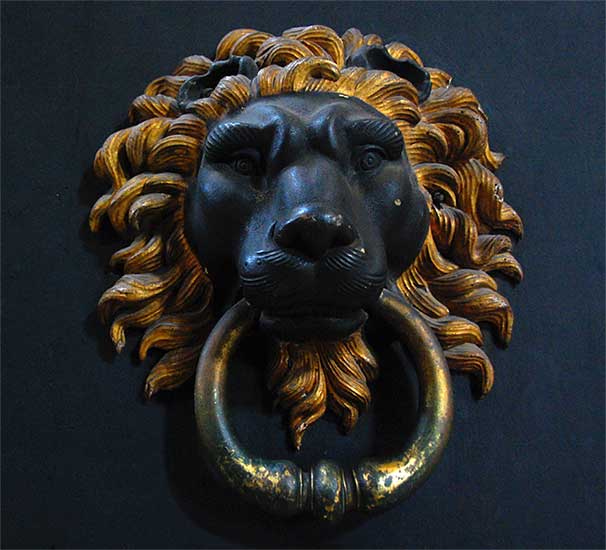 Some door knockers are true art works made of bronze, brass or iron. 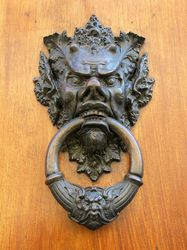 XVI century door knocker, South of France. The terrifying figure is the symbol of a heavenly protector for those who live inside. 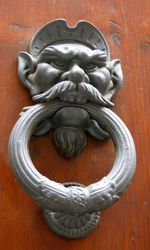 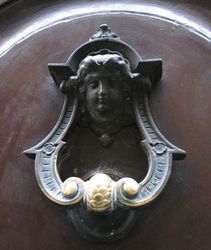 A Phemonology of the door knocker. 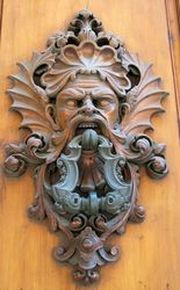