The grace and delicacy of lace has often inspired artists. 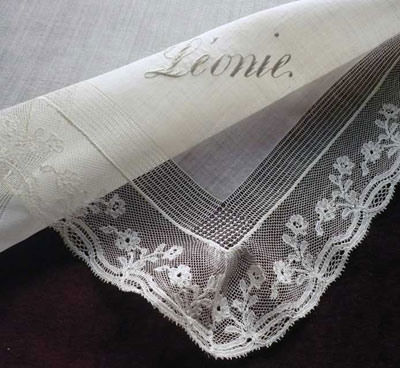 Maggie Weldon has merged her love of crochet with her new found passion in pottery and produced Lace Pottery. Each piece of pottery is handmade in her Kernersville, NC studio using fine porcelain clay and crocheted doilies. 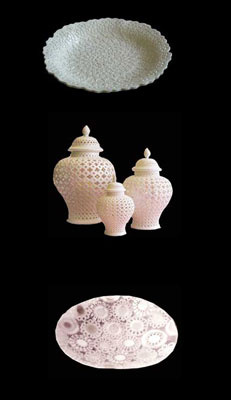 Paolo Venini ( 1895-1959) was a lawyer of Milan who developed the most successful of the Murano glass furnaces in 1925. He was the first one who hired designers to bring new ideas and shapes to Murano. He created, in collaboration with Fulvio Bianconi (1915-1996) several glass vase with a shape inspired by the Venetian lace: the " Fazoletto" or Handkerchief vase" (photo below). He is one of the principle actor of the renaissance of Murano glass in the 20th century. 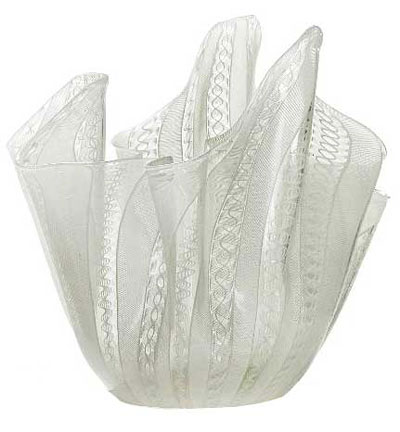 Alice Rhiel is a French artist who was trained at the French Ceramics Institute at Sevres. The search for lightness, or even weightlessness, results in unique pieces of work, thinly modelled, sometimes placed in unsteadiness, as a fly off. 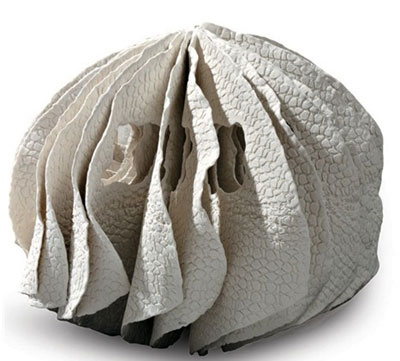 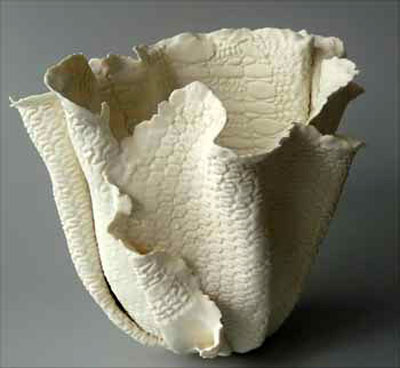 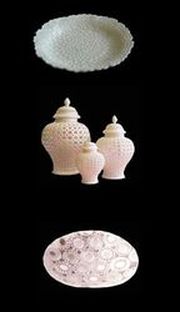