Building One' s Home in the Big City

The dream of building one's home smack in the middle of a big city hasn't disappeared as urban construction, much like the final moves of a Scrabble match, has infiltrated the few remaining squares of earth. However, despite the rarity of available land on which to build, the 21st century urban dream house has made its appearance as the rightful descendant of its 19th century predecessor. The remarkable house below sits, as though having fallen back to earth from Oz, squarely atop a 19th century converted loft building in Tribeca, New York. Sporting five floors and three terraces, it boasts among other amenities a wine cellar with storage capacity for 1000 bottles! 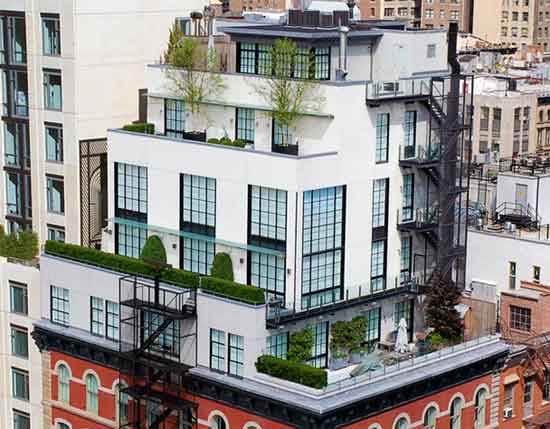 In this modern rooftop villa, the bedroom offers a unique perspective on Manhattan and one can lie in bed and gaze out over an almost unobstructed sunset. 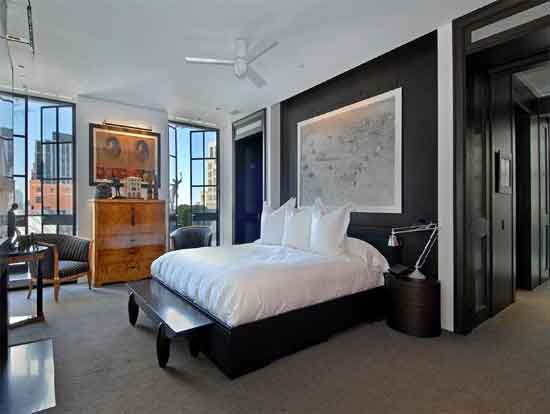 The New York interior decorator Chris Kraig designed the living room below which is situated in a private home in Manhattan. His choice of associating the modern lines and neutral tones of this lofty interior with brightly colored and monumental figurative works of art has achieved a particular success. The contemporary fireplace, although relatively diminutive, nevertheless adds a touch of intimacy and a spot of warmth to the whole. Chris Kraig is the artistic director of SUITE New York, a showroom exposing modern furniture and contemporary design. 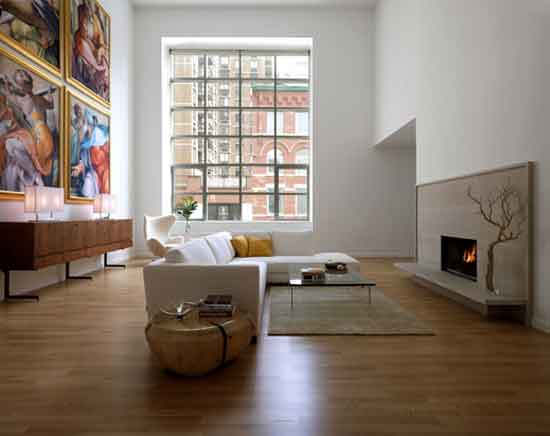 This four story house in New York's West Village with a boldly modern look has in fact two faces: the rear of the house which looks out over a courtyard, is thoroughly contemporary while the street facing side has conserved its original architecture in brick. The interior was decorated with taste and propriety by Rees Roberts + Partners. Lucien Rees Roberts, a British citizen who after graduating from Cambridge relocated in 1981 to New York, is an ardent fan of painting and music, and brings to his contemporary designs the subtlety and sophistication of detail which are the signature of a major talent. 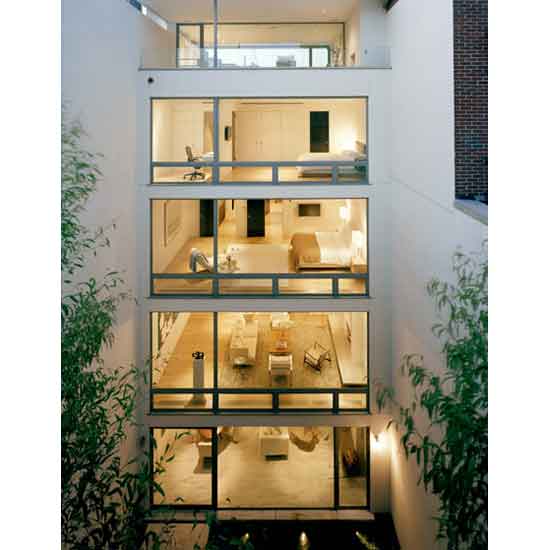 The three rooms below, located in a renovated home in Brooklyn Heights, are also the work of Lucien Rees Robert. As is often the case in Brooklyn houses, the rooms tend to be long and narrow, and the living area is spread out over several floors. 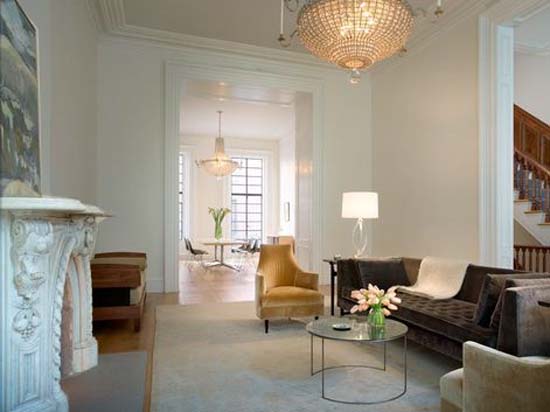 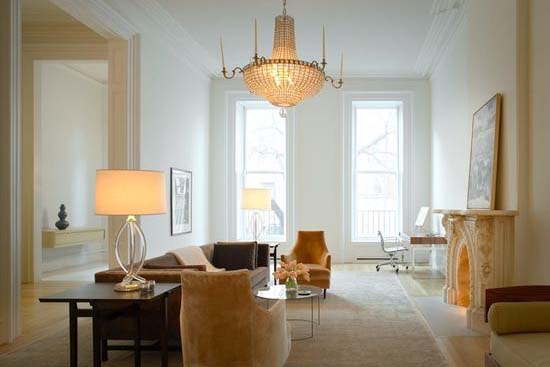 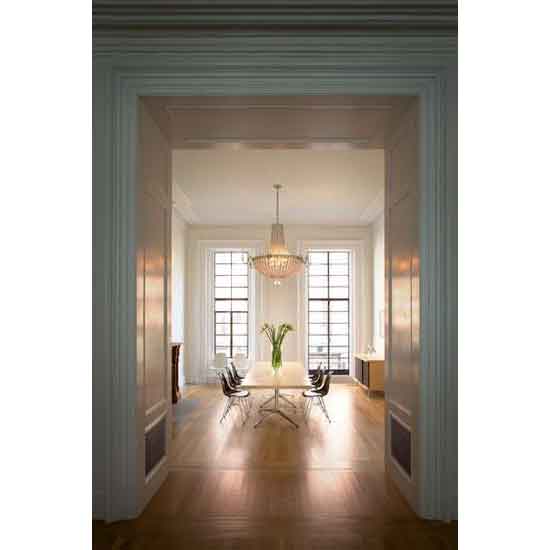