Seventeen different families have lived in Kasteel Heeswijk (castle Heeswijk) and each one has added their own stamp to the building – creating a cute higgedly piggedly effect in some places. The current decor is largely thanks to the last family who lived here – the family Van den Bogaerde van Terbrugge. They were a group of diplomats and so, were often away on missions. Despite their frequent absences, the family wanted to create a homy, cosy space to return to and have done this to great effect. 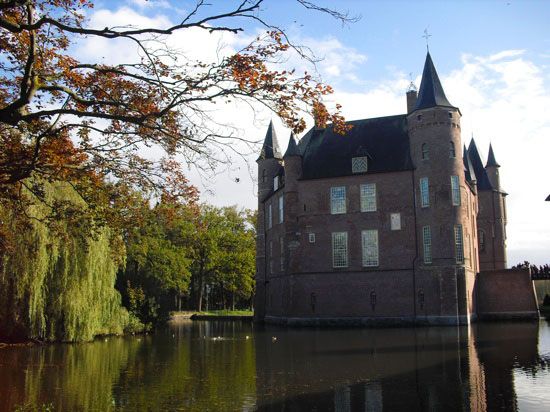 The castle came into existence in the 11th century when a wooden tower was built as a means of defence against enemies. The modern structure began to take shape with the advent of brick and stone being used as building materials. 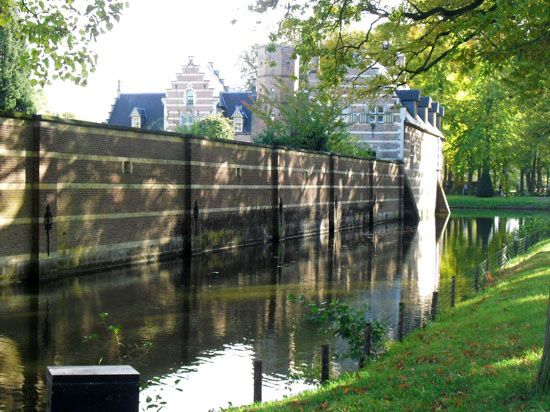 If Marie Antoinette had wanted a pied-á-terre in Holland, Kasteel Heeswijk would have surely been her first port of call. The chocolate box size castle is no match in size for the mighty Versailles but as for femininity, romance and decor, it is a definite contender. It also has no history of pesky peasant's revolts which could add to it´s appeal… 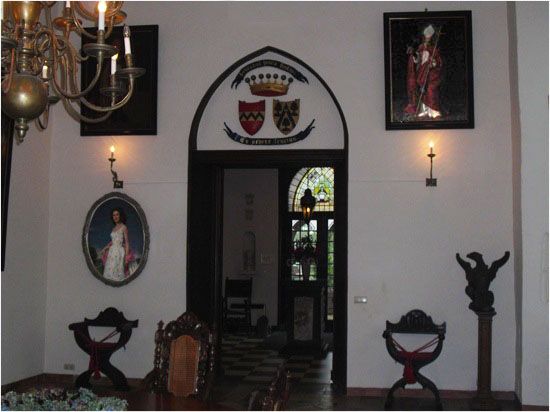 Above are pictures of the entrance hall and of the living areas of the castle. Although they are both grand, they aren´t overly imposing or ostentatious. The family portraits are all hung in here and in the adjoining room. The portrait to the left of the doorway in the second picture is of the woman the late Baron adopted into his family – a woman who later became his mistress; the family crest translates as "Strength Through Friendship", something perhaps taken to too great an extreme! 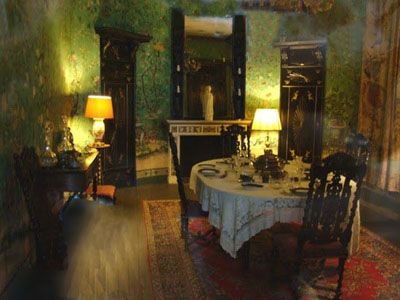 The room pictured above is the family dining room. It is hugely ornate – something that is not quite captured in the photograph as it has been closed off to the public and is only visible through a glass screen. The screen has been erected in order to preserve the hand painted silk wallpaper and curtains that are displayed in the room. The dining room is a good demonstration of the family's love of collecting various different artefacts. Here, the main focus is on Asian objects. Not everything is of an Asian descent; the chandelier is made from hand blown Venetian glass . The age of the light can be pinpointed as, when the room was being restored, the wallpaper was stripped off, revealing a layer of newspaper underneath. The newspapers were dated from 1850, giving a strong indication of when the chandelier arrived at the castle. 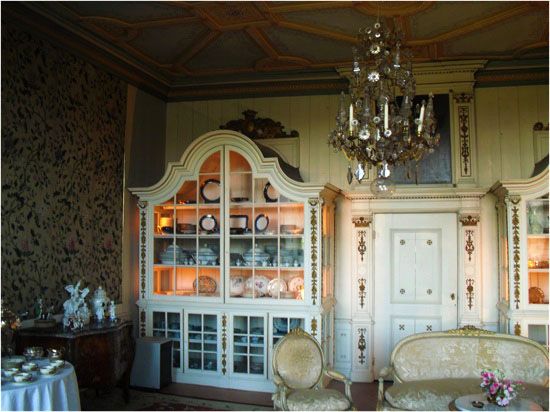 The love for collecting is reflected elsewhere in the castle. The room pictured above (featuring another Venetian Chandelier) is home to the family silver and an enormous collection of china. The room was supposedly used for the ladies to retire to after dinner when the men would make their way to the smoking room. 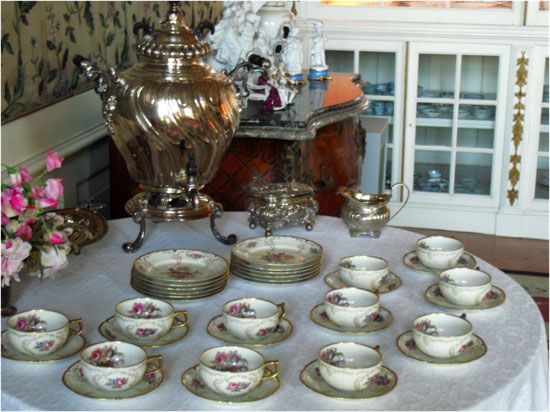 A sample of the silver and china stored here. Although the collections throughout the castle are huge, they are apparently diminished from their original vast state as the family sold a lot in order to raise money to restore various different parts of the castle. 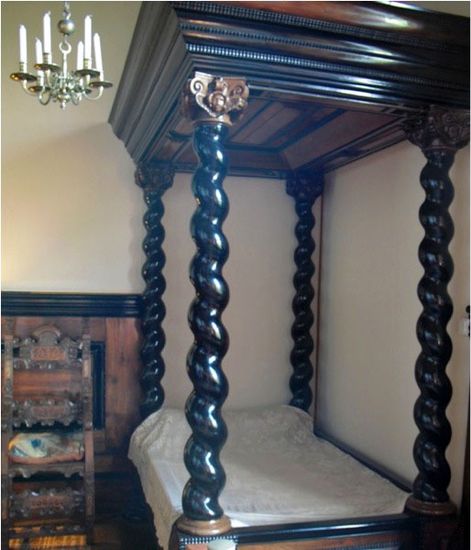 Note the size of the beds: it was custom for people to sleep upright in the past. Rumour varies from region to region but the prevailing myth here is that the devil would creep into your body through your mouth if you slept horizontally. Hence, the beds are grand but not large in length. 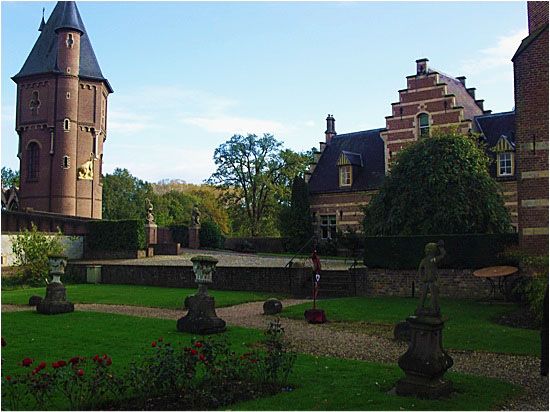 Some of the gardens surrounding the castle. The gardens are petite, beautifully manicured and very romantic. The paths are arranged so that when walking around, a circuit is completed around the various different sculptures and horticultural art that is displayed.

At one point, the castle was surrounded by houses inhabited by the tenants of the family who farmed the land in the area. Only some of the houses still stand, one of which is pictured below. 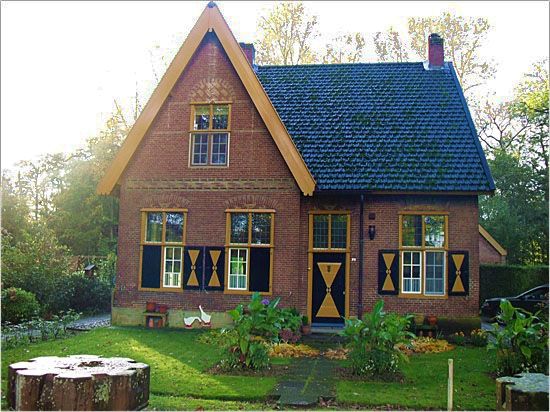 The colours on the shutters and door are the same as those featured in parts of the castle. These are part of the heritage of the castle and must be kept in the original colours. 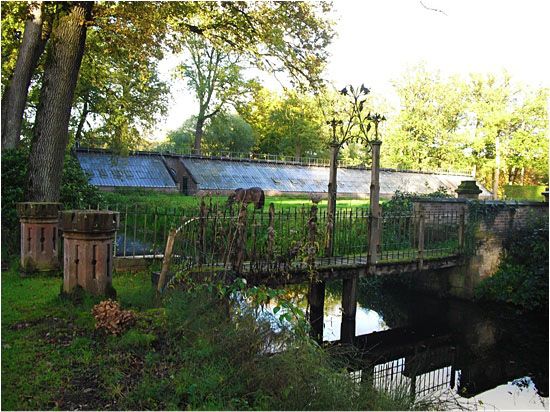 Article and photos by Laura Conlon