Deep Into the Source of Art

Agnés His is a French artist and ceramicist who proves that by using one the oldest and most primitive artistic materials, clay, and coupling it with one of the most basic sources of energy, fire, it's still possible to create works that are surprising, beautiful and deeply moving. 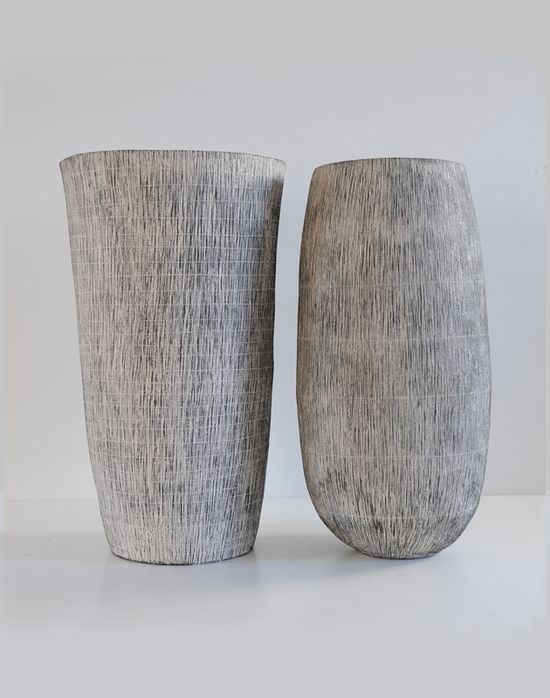 The original clays that His works with are of three basic hues: black, white and red. However, when combined they produce an almost infinite palette of colors and tonalities. The firing technique that she practices is influenced by the practice of Japanese Raku in which clay is fired twice in a closed oven such that the volume of oxygen used in the combustion is limited so that one can produce an oxydo-reduction. But her technique has also evolved to allow more freedom in influencing the final result. One of the special characteristics of the art of Agnès His is the combination of hand modeling with a very rich graphic style that lends to her work a primitive quality albeit it a very modern allure. And in keeping with this primitive/modern style, rhythm is essential. 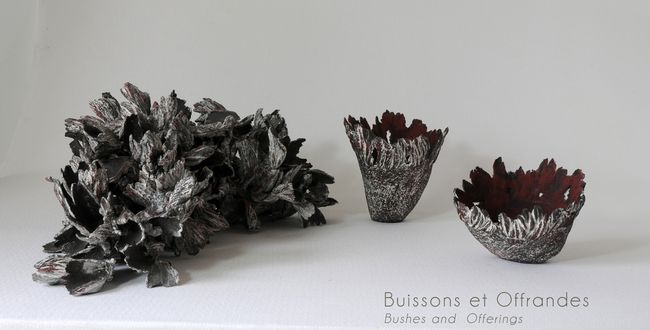 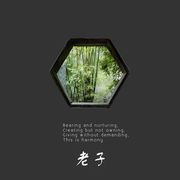