Clock makers have always been known as artisans of order and precision, and clocks have traditionally been masterpieces of technique and engineering. But despite or perhaps because of this rigorous imperative, clocks have also been objects of inspiration for the most creative and original minds as if the coldness and the mystery of science beckoned the zaniest of creative design ideas. Examples of screwball, provocative, and mysterious clocks are many, and these not only date back to the very beginning of clockmaking. but today modern artists and designers are perpetuting the tradition as can be seen below with this contemporary clock created by the American artist Eric Freitas. 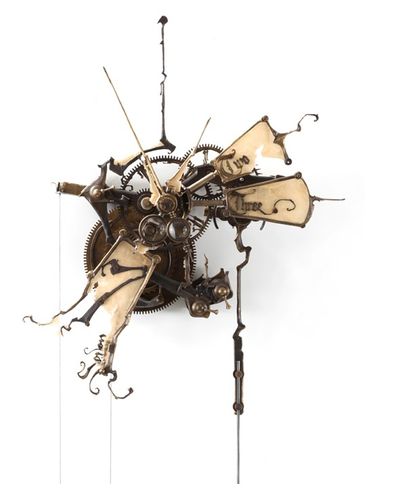 Mystery clocks have their roots in the early 19th c. with the timepieces created by Jean Eugène Robert-Houdin (1806-1871.) Houdin was not only a very famous French illusionist but also a scientist and inventor. His father was a traditional clock maker who had a shop in Blois, France. His wife was the daughter of the fine chronometer and watchmaker Jacques Houdin, who had worked with Breguet. In the 1930's he created a series of "Pendules Mystérieuses," magical looking clocks in which the hands were suspended in a transparent setting like rock crystal and thus appeared completely independant from any apparent mechanism. One such clock from Houdin's series was exhibited at the the French Industry Exhibition of 1839. 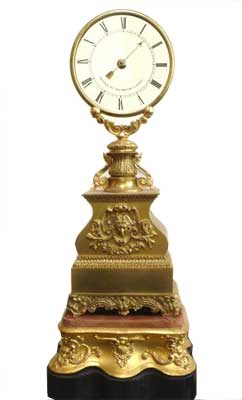 Cartier took up the baton. Inspired by the "'pendules mystérieuses" of the 19th century, Maurice Couét who headed the Cartier clockmaking workshop on rue Lafayette in Paris, created the "Model A" in 1913, so named in humerous homage to Ford's famous Model-T of 1908. Cartier continued throughout the 20th century to produce mystery clocks, each one a magnificent and unique work of art. 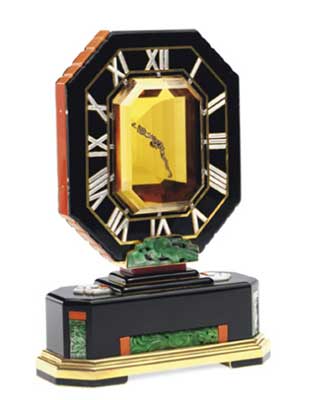 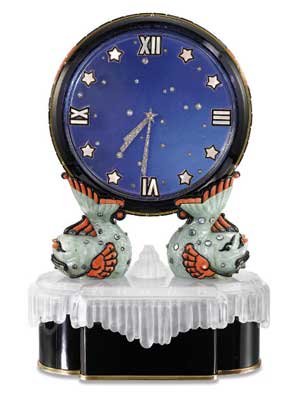 Below, a masterpiece of the Swiss clock maker, Vacheron Constantin, "L'Esprit des Cabinotiers." The clock consists of a golden sphere engraved by hand according to the sky chart drawn by Robert deVaugondy (1723-1786), geographer to Louis XV and creator of two large globes, one celestial and the other terrestrial.The sphere is composed of eight petals symbolizing the lotus flower, which may be progressively opened by means of an extremely sophisticated spring mechanism. The keys to the mystery and its revelation are known exclusively by the owner of the object. 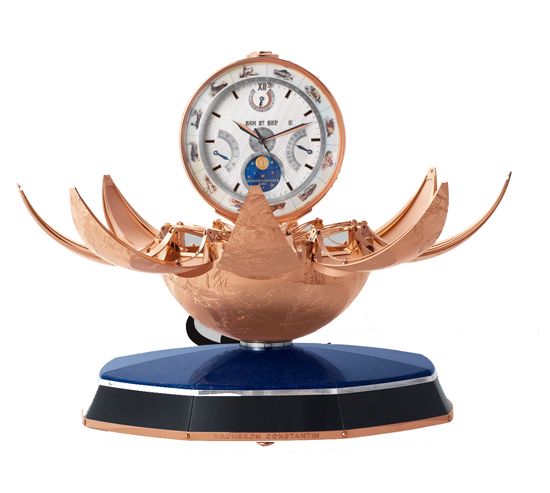 Modern and contemporary designers have succeeded in creating fun and original clocks that all can afford. 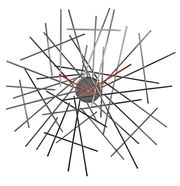 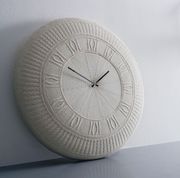 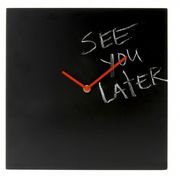 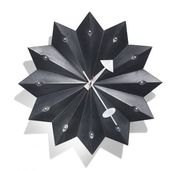 "The Fan" wall clock designed by George Nelson in the 1950's. 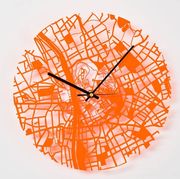 "Street Clock" a clock that features the map of your home town. 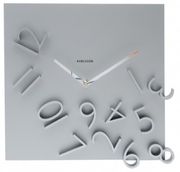 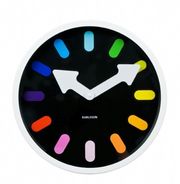 This clock has a unique 1.25 second beat which gives it a leisurely, calming rhythm. 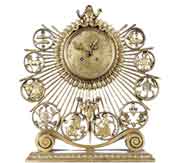 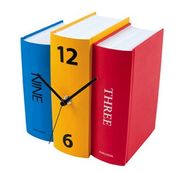