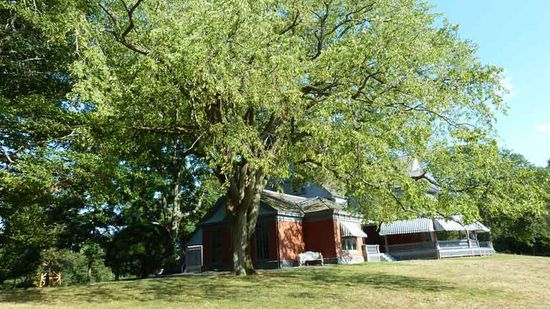 At the age of 25 Theodore Roosevelt built a house on the Cove Neck Peninsula shore in Long Island, NY. With his wife they raised six children at Sagamore that became the " summer White House." He died in this same house in 1919. Built to Mr Roosevelt's specification for $17.000, it was completed in 1885. It had twenty two rooms.
Location: Cove Neck Peninsula
State: state
Country: Zimbabwe