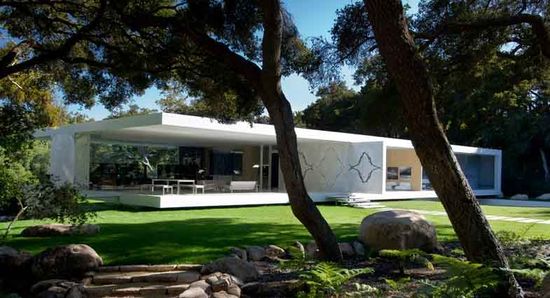 This stunning modern house was built by Steve Hermann in the early 21st century. Steve says that he was inspired by Mies van der Rohe's Barcelona Pavilion as well as the Philip Johnson's Glass House. Mr. Herman is a developer known for his many properties in Beverly Hills, Montecito and Palm Spring, California. He has many celebrities among his clients including Christina Aguilera, David Arquette and Courtney Cox.
Location: Montecito
State: state
Country: Zimbabwe