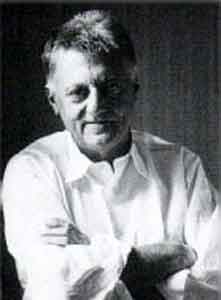 Aldo Rossi was one of the most influential Italian architects and designers of the end of the 20th century. He was born in Milan in 1931 and studied architecture at the Politecnico di Milano. One of the founders of the Neo-Rationalist movement known as La Tendenza, he won the prestigious Pritzker Prize for architecture in 1990. Louise Huxtable, architectural critic and Pritzker juror, has described Rossi as "a poet who happens to be an architect."