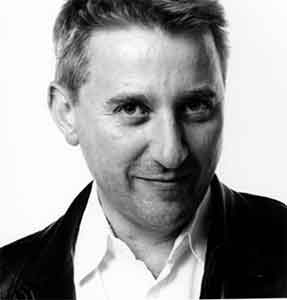 James Irvine, was born in London in 1958. He completed his education as a furniture designer at the Royal College of Art in London in 1984. Since then he has been living and working in Milan, where he runs his own design studio, with the exception of one year spent working in the design department of Toshiba in Tokyo in 1988. He was a member of the Olivetti Design Studio until 1993 and a Sottsass Associati partner until 1997. Today James Irvine?s studio develops indus trial products for companies such as Artemide, Canon and Olivetti. In 1999 he developed the new Mercedes Benz City Bus fleet for the German city of Hanover. Cappellini was his first customer in the area of furniture design. Today he works with international companies such as Alias, Foscarini, Magis, and Muji, as well as Thonet