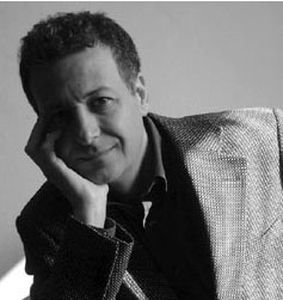 Architect and designer born in Palerm. graduated in Architecture at Palermo University in 1983. In Milan since 1984, he took a Master Degree in Industrial Design at Domus Academy in 1985. From 1985 to 1990 he worked in Andrea Branzi?s studio. He started his own activity as an Industrial Designer in 1986. He opened his studio in 1991. He designs for well-known companies, both in Italy and abroad, including: Campeggi, Cassina, Domodinamica, Edra, Foscarini, In the Room, Marutomi, Memphis, Pallucco, Salviati, Serafino Zani. His objects have been selected for many important international exhibitions. The multifunctional chair ?Xito?, designed for Campeggi in 1999, is now part of the Permanent Collection of Italian Design at Milan Triennale, the Design Collection of the Museum of Fine Arts in Montreal in Canada and Fukui?s Design Centre in Japan. The wooden fruit bowl ?CT 1427?, designed for Twergi-Alessi in 1991, is part of the Design Collection of the Centre Georges Pompidou in Paris. The tray ?Italo?, designed for the Japanese company Marutomi, earned him the Frankfurt Fair Design Plus Prize 2000. He entered the selections for the 19th edition of the Compasso d?Oro ADI with ?Xito? and the sofa bed ?O-by-O? in 2001 and for the 22nd edition of the Design Prize cDIM in Valencia in 2004 with the unicorn like rocking horse for adults ?Candore?. He is Visiting Professor at Palermo University and Milan Domus Academy and teaches at ISIA (Istituto Superiore per le Industrie Artistiche) in Faenza.