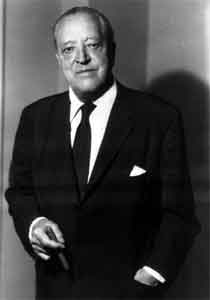 Ludwig Mies van der Rohe (1886-1969) joined Peter Behrens' architectural office at the age of 22; there he met Walter Gropius and Le Corbusier. Soon, Mies van der Rohe became a protagonist of the new glass and steel architecture of the time. His design for a glass and steel high-rise building at Bahnhof Friedrichstrasse in Berlin was decisive. He was responsible for the artistic direction of Deutscher Werkbund starting in 1925. In 1927, the Weissenhofsiedlung in Stuttgart was created under his direction. In 1930, Walter Gropius appointed Mies van der Rohe to the position of director of the Bauhaus; on August 10, 1933 he had to close it under pressure from the NSDAP. He afterwards emigrated to the United States. In 1938 he went to Chicago, where he took over the direction of the architecture department at the Armour Institute. He became one of the most influential architects in the world. His steel skeleton buildings with large-scale glass curtain walls such as the Seagram Building in New York (1958) or the National Gallery in Berlin (1968) are among the highlights of modern architecture. His furniture designs usually evolved in connection with his buildings. Ludwig Mies van der Rohe died in 1969 in Chicago. 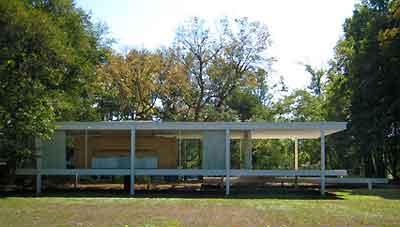 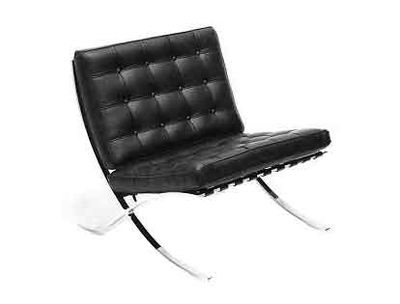