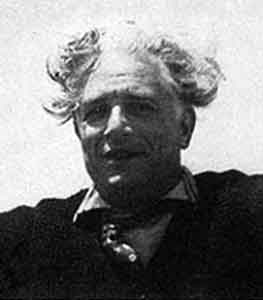 Michel Dufet (1888-1985 ) is a French architect and designer. He is most known for designing furniture and decorating luxury yachts and cruise ships such as the "Foch," "Normandy" and "Ile de France." His work was widely exposed in the early 20th century: "Salon d'Automne" in 1926, "Exposition Coloniale" in 1931, "Exposition Internationale" in 1937. In 1929 the French sculptor Bourdelle chose him as the architect to design his own museum. Subsequently Dufet devoted an important part of his time to the promotion of Bourdelle. 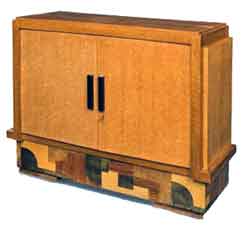 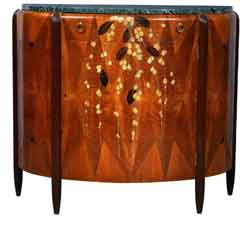 A semicircular sideboard in walnut, Paris 1925. 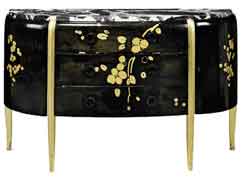