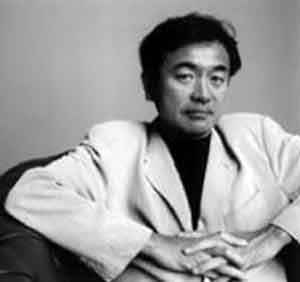 Kengo Kuma is one of the world renowned contemporary Japanese architects. His goal has been to reinterpret traditional Japanese architecture for the 21st century. After studying architecture at the University of Tokyo he later moved to New York to do further studies at Columbia University. In 1987 he founded the "Spatial Design Studio" and in 1990, "Kengo Kuma & Associates," his own studio was formed. He has since designed such prestigious buildings as the Japanese Headquarters for LVMH (Louis Vuitton Moet Hennessy) Group.