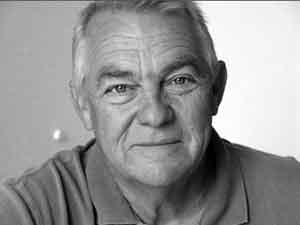 Partner fo Jan Dranger. Designer and architect Johan Huldt is considered one of Sweden?s most well known furniture designers internationally. After studies at the University College of Arts Crafts and Design as well as the University of Stockholm he created several pioneering furniture products such as Sweden?s first serial manufactured air lounge chair and a complete furniture range in corrugated cardboard.Johan Huldt has become symbolic with the characteristically Swedish functional modernism that has become so successful and which has so drawn so much attention internationally. More than seventy different designs have left his drawing board to become classics, not least via his own company Innovator. Johan has also been part of the public development of shape and colour in his capacity as Managing Director of the Association of Swedish Design and as Chairman of the Swedish Interior Designers Association