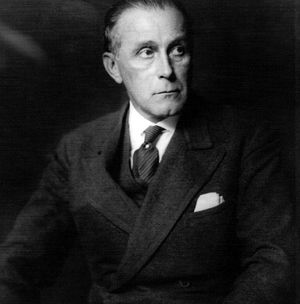 Adolf Loos was one of the most important and influential Austrian and Czechoslovak architects of European Modern architecture. Born in 1870 in Brno, Moravia he lost his stonemason father at the tender age of nine years old, was rebellious as a child, failed to get through architecture school as a young man and was later disowned by his mother after contracting syphilis in the brothels of Vienna. At this point he left Europe for New York, and after three years of doing odd jobs, returned to Vienna in 1896 somehow a changed man with taste and intellectual refinement. Soon thereafter he established himself among Vienna's cultured bourgeoisie as their preferred architect. The core of his modernist beliefs, which instructed his designs, lies in a repudiation of any ornamentation that is superfluous. This is not to say that he was against decoration or complexity but that he was against anything that was not integral to the organic nature of a work.