Isamu Kenmochi (1912-1971) is a pioneer and one of the most signifiant figure of Japanese industrial design of the second half of the 20th century. He visited the United States in 1952 where he wrote articles for the Japanese magazine Kogei Nyusu. In 1953 he is the first Japanese designer to attend the Aspen International Design Conference. He was one of the co-founders of the Japan Industrial Designers Association in 1952. In 1955 he created his own design studio, Kenmochi Design Associates. In their early years they started designing furniture and interiors. In 1958 they contributed to the design of the Japanese pavilion at the world fair of Bruxelles. They were awarded the Mainchini Prize for industrial design in 1963 and 1970. 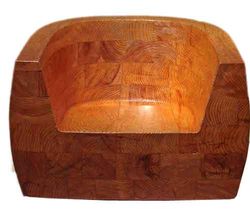 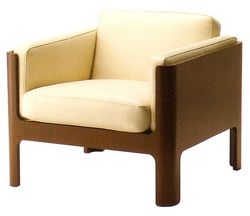