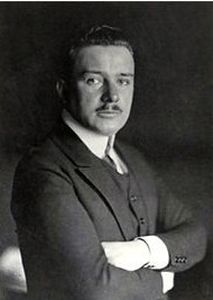 Joseph-Maria Olbrich was an Austrian architect and Designer, co-founder of the Vienna Secession artistic group. Along with Koloman Moser, Josef Hoffmann, Otto Wagner and Gustav Klimt, Joseph Maria Olbrich was a founding member of the Viennese Secession (1897), a group of dissenting artists who split off in protest against the academy art scene as other late 19th-century secessionist artists had already done in Berlin (1892) and Munich (1893).