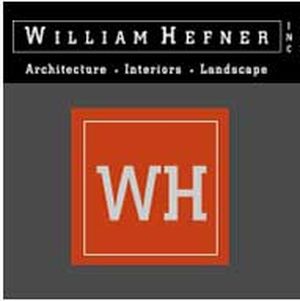 Mr. Hefner received his Bachelor of Arts degree in Art History in 1977 from Lewis & Clark College in Portland, Oregon (including a year of study in Greece.) He went on to receive hisMaster of Architecture degree at University of California, Los Angeles, during the tenure of Charles Moore, in 1981. Mr. Hefner has been a registered architect in the State of California since 1984. From 1981 to 1989 Mr. Hefner was a Senior Designer and Associate Architect for the firm of Skidmore, Owings & Merrill in Los Angeles, where he played a major role in the design of many projects. Included in these projects are Hughes Aircraft Headquarters in Marina Del Rey, Getty Oil Tower in Universal City Plaza, Columbia Savings Building in Beverly Hills, the Asian Development Bank located in Manila, the Philippines, and the Southern California Gas Company's new Headquarters in downtown Los Angeles. In 1985, Mr. Hefner began undertaking design commissions independent of Skidmore, Owings & Merrill. After a series of successfully completed projects, he opened his own architectural firm in 1989. Projects of note include: a major remodeling and addition of a Paul Williams house in Bel-Air; the opening of a new fast food concept in Irvine, and a new interior for a Beverly Hills high-rise condominium, featured in Metropolitan Home Magazine. Mr. Hefner's residential work has included a wide range of multi-family housing complexes for both low and high income markets, and large custom houses. Active in the American Institute of Architects, Los Angeles Chapter, Mr. Hefner participated in the Design Awards Committee as Co-Chairman in both 1987 and 1988. In 1988, he was elected by his fellow members to serve a two-year term as a Director of the Chapter. Since 1990, Mr. Hefner has been involved with the Chapter's Small Practice Committee, first as Co-Chairman and subsequently as Chairman. SOURCE: William Hefner