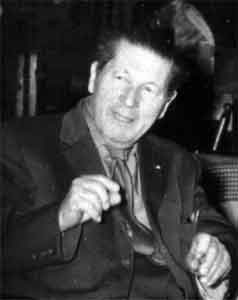 Gerrit Thomas Rietveld (1888 -1964): furniture maker, designer, architect. Even now, he is usually associated with one chair from 1918 and one house from 1924: his Red-Blue chair and the Rietveld-Schr?der house. But Rietveld left behind an oeuvre which is even more comprehensive: no fewer than 215 furniture designs, 232 designs for buildings and 240 other designs. Sometimes it concerns tangible furniture, single copies or prototypes, while only sketches or drafts are available for other models. Thanks to Rietveld by Rietveld, part of those furniture designs will be available to buy soon after all. Between 1906 and 1911 he followed training in architectural drawing at, among others, P. Houtzagers? in Utrecht. In 1911 he opened his own furniture-making shop, while in the evenings he followed an architect course at P.J.C. Klaarhamer?s. (1911-1915). During these years he met Van ?t Hoff, Van der Leck, Van Doesburg and other future members of De Stijl, which he joined in 1919; his furniture designs from these years, in the characteristic primary colours (red, yellow and blue), are pure realisations of the beliefs of De Stijl.