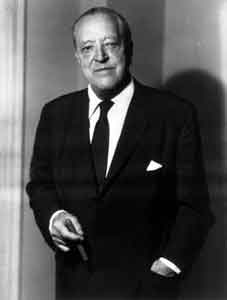 Ludwig Mies Van Der Rohe is one of the most famous German architect and designer. At 19 he moved to berlin, where he worked for Bruno Paul, the art nouveau architect and furniture designer. at 20 he received his first independent commission, to plan a house for a philosopher (alois riehl). in 1908 he began working for the architect Peter Behrens. Under Behrens' influence, Mies developed a design approach based on advanced structural techniques and Prussian Classicism. He also developed a sympathy for the aesthetic credos of both Russian Constructivism and the Dutch De Stijl group.He studied the architecture of the prussian Karl Friedrich Schinkel and Frank Lloyd Wright. He opened his own office in Berlin in 1912, and married in 1913. After world war I, he began studying the skyscraper and designed two innovative steel-framed towers encased in glass. one of them was the Friedrichstrasse skyscraper, designed in 1921 for a competition. it was never built, although it drew critical praise and foreshadowed his skyscraper designs of the late 40s and 50s.

As his style was rejected by the Nazis as not "German" he left Germany in 1937 to settle in the United States where he was apointed as head of the architecture school at Chicago's Armour Institute of Technology. During his career in America Rohe played different roles as an architect, a furniture designer (with Lilly Reich and an educator.