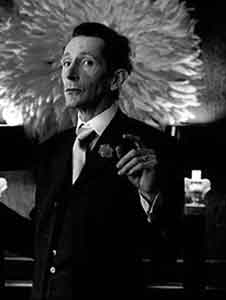 Carter is a London based interior designer, who works principally on high end residential projects both in the UK and abroad. Carter has been running his interior design practice for over sixteen years, providing his expertise to an international clientele that has included Middle Eastern potentates, Captains of industry and City professionals. He works for people who don't want an 'off-the-peg' design solution, but who are looking for something special, unique and bespoke. Carter doesn't like labels. His signature style might loosely be described as 'contemporary classic', but all this really means is that he loves mixing old and new, and he is equally adept at conjuring up all the theatrical flamboyance of a Marie Antoinette-inspired boudoir as he is masterminding the muted machismo of a Bondesque bachelor pad. Carter's unique vision and the haunting beauty of his interiors have always attracted a huge amount of coverage in the world's most influential design magazines (check out PRESS for more details). He has also been short listed for the highly prestigious Andrew Martin International Interior Designer of the Year Award - widely regarded as the 'Oscars' of the interior design industry - in 2001 and 2007. Source: David Carter