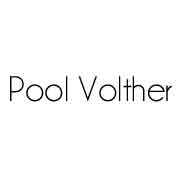 he started as a carpenter before studiyng art. He was part of the sculpting of the iconic modernistic generation of design along with other famous designers like Le Corbusier, Arne Jacobsen, Hans J. Wegner, the Eames and Alberto Lievore just to name a few. The Corona Chair was first introduced in 1964 to the mainstream public, but was conceived three years earlier in 1961 and that model was crafted out of solid oak, but the second successful model ?EJ 605? was released a year later and it was made out steel