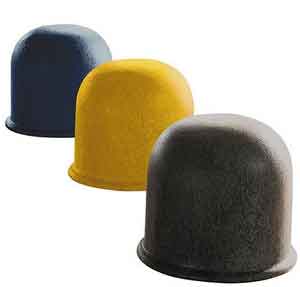 Founded in 1971 in Turin by Giorgio Cerretti, Pietro Derossi, Carlo Gianmarco, Riccardo Rosso and Maurizio Vogliazzo, the Gruppo Strum (abbrievation for ?architettura strumentale?, instrumental architecture) interpreted architecture as one of the means with which to participate in the social and political protests of those years. So, the activity of the group took on an educational, social, political, and cultural function. They participated in the 1972 MOMA exhibition ?Italy: the new domestic landscape? distributing free copies of ?fotoromanzi? (picture-stories) (Utopia; Le lotte per la casa; La citt? intermedia). Gruppo Strum continued their political activity within the Radical movement through seminars and theoretical and critical contributions. Among their design works, to be mentioned is the series ?Pratone?, produced by Gufram, and ?Tornerai? (1972).