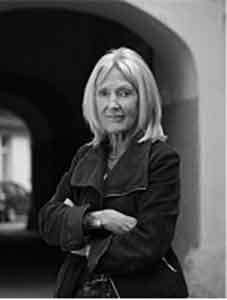 Eva Jiricna Architects is an architectural and design practice based in London with an international portfolio of residential, commercial and retail interiors; furniture, products and exhibitions; private and public buildings.The practice is at the forefront of innovation in form and technology, with highly crafted and detailed designs employing classic materials, glass, steel and stone in a thoroughly modern language. The work aspires to the harmony of architecture and engineering, owing much to Eva's original training in chemistry and mathematics.

As a multi-disciplinary practice, EJA provides a comprehensive service including the design of new buildings and public spaces as well as detailed interiors, products and furniture.
EJA has won numerous international design awards and its work is regularly published in magazines, books and periodicals. Its clients include major corporate and public organisations such as Amec plc, the Jubilee Line Extension, Andersen Consulting, Boodles Jewellers, Royal Academy of Arts, Selfridges, Harrods, Victoria and AlbertMuseum. EJA has a strong collaborative track record, working closely with clients and other members of the design team, including engineers, landscape architects, cost consultants and urban designers.

EJA is run by its founder, Eva Jiricna, a Czech born architect who has been based in London for over 30 years. The London office currently employs twelve architects and designers, with a satellite office operating in Prague. Jiricna's long experience started with a job at the Greater London Council on her arrival in the UK in 1968 followed by the Louis de Soissons Partnership working on Brighton Marina for 10 years, and the Richard Rogers Partnership, where she was responsible for the interior design packages for the Lloyds Headquarters building.With Jan Kaplicky and his practice Future Systems, she designed the Way In store at Harrods, an award winning scheme that influenced a generation of retail interiors, and which enabled her to start her own practice. Over the last decade, Jiricna's contribution to architecture and design has been recognised with personal awards, including being made a Royal Designer for Industry (RDI), a CBE (Commander of the British Empire), election as a Royal Academician by the Royal Academy of Arts, and Hon Fellow A.I.A. (American Institute of Architects). She holds honorary doctorates and professorships in several Universities, participates on international juries (e.g Darwin Centre at the Natural HistoryMuseum, new Arts wing for Goldsmith's College, London), and lectures internationally on her work.

Lightness, transparency and truth to materials are the hallmarks of EJA's design approach. The shop interiors for Boodles, Harrods, Hugo Boss, Joseph, Joan & David etc. reflect this integrated design strategy. Glass is used as a structural and decorative material to both optimise transparency and bring daylight deep into unpromising retail locations.