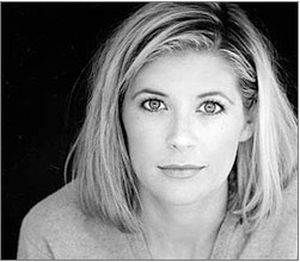 M. Design Interiors, Inc., founded in January 2001 by Molly Luetkemeyer, takes a fresh and imaginative approach to interior design. It's the firm's unique style that earned M. Design a place on House Beautiful's list of Top Designers In America four years running. Luetkemeyer, a graduate of UCLA's prestigious Interior Design program, augmented her class work with on the job experience at Kelly Wearstler's then-burgeoning design firm, kwid. While there, she assisted on several of the firm's high-profile projects, including the Beverly Hills-based Avalon Hotel and Maison 140. In her final year at UCLA, Luetkemeyer was recruited by one of her professors, renowned interior designer Antonia Hutt, whom she assisted on a range of residential jobs that were featured in House Beautiful, Interior Design and Los Angeles Times magazines. M. Design has benefited from Luetkemeyer's educational and practical job experience as evidenced by its many successful design endeavors for a diverse client roster: from swanky bachelor pads to homes that include the kids while still maintaining their chic appeal. Recent projects in the Los Angeles area include a family-friendly Rustic Canyon residence, a modern Venice Beach bungalow, a 1920s Hancock Park gem, and a glamorous 1960s home in Bel Air. M. Design has expanded outside of the L.A. metropolitan area with projects in New York City and Chicago. Luetkemeyer and her accomplished team at M. Design have been profiled in numerous publications (see press page). Additionally, she lent her design savvy to TLC's hit series Clean Sweep as one of its three regular designers. M. Design is currently in the process of launching its own line of furniture and textiles as well as opening a store featuring distinctive objects for the home.