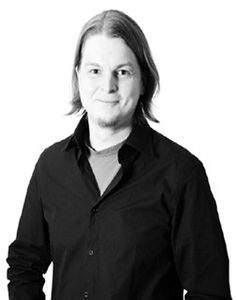 Mikko Laakkonen was born in Espoo, Finland in 1974. After training as a musical instrument maker he studied design at the Kymenlaakso Polytechnic (Bachelors of Arts degree) and at University of arts and Design Helsinki. (Master of Arts degree) After several years of working at design offices in Finland Mikko founded his own design studio at 2004 in Helsinki. Mikko has participated in several International and local exhibitions including Saunabus exhibitions 2003, Rehti exhibitions at the Milan furniture fair 2005, 2006, 2007 and Helsinki Design Week 2005, 2006, 2007. Source: Studio Mikko Laakkonen